I am delighted to announce that I have won ‘Best Independent Voice on Older People’s Issues’ at this year’s Older People in the Media Awards.

Congratulations to @bethyb1886 who takes home the independent voice special award! V high standard this yr, thanks to all nominees #OPMA2013

The Awards are organised by older people’s charity Independent Age, and sponsored by care provider Barchester Healthcare, and aim to shine a light on coverage which has either positively portrayed older people or sensitively highlighted issues they face. 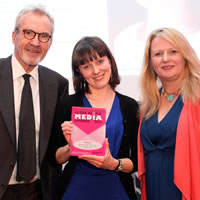 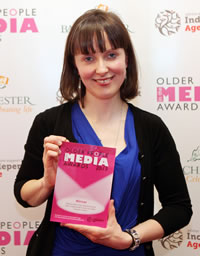 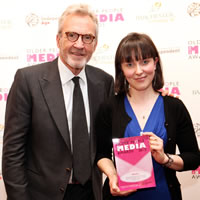 Larry Lamb (Stage and screen actor, and host of the Awards) and Beth Britton

My thanks go to Independent Age and Barchester Healthcare for their commitment to these awards, which play an important role in highlighting issues affecting older people, and to all of the judges for giving me such a special award.

Most of all, however, I would like to thank all of the amazing people who have been so supportive of my work – the huge number of congratulatory social media messages has been very humbling – my family who make everything I do possible, and of course my wonderful dad. My great sadness is that my dad is not here to share this award with me, but he lives on in everything that I do to try and improve the lives of older people, and specifically people with dementia.

You can see the full list of this year’s winners in the Older People in the Media Awards here: http://www.independentage.org/news-media/media-awards/winners-of-the-older-people-in-the-media-awards-2013/ 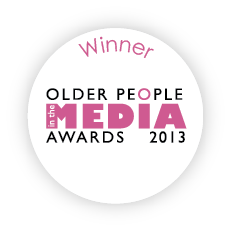