Today I attended the first ever G8 Dementia Summit, held at Lancaster House in London. 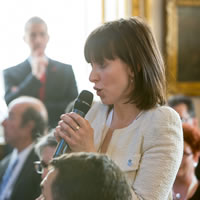 Asking a question at the G8 Dementia Summit 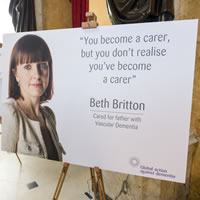 @bethyb1886 Your beautiful film about you and your Dad has got me covering up tears in the front row of the Summit. Thank you! #G8dementia

@bethyb1886 in front of the Christmas tree at Lancaster House. pic.twitter.com/VdygK8hCxe

As event comes to a close I have words of Trevor Jarvis, Beth Britton & Hilary and Peter in my ears. Now to keep our promise. #G8dementia